I know, I know… I promised posts about my trips to Memphis and Seattle I never actually delivered. I’m sorry; life got busy, an asteroid fell on my yard, my leg fell off, yada yada yada. Back to business though! At this point most of y’all will know I now live in Pittsburgh. Well, sometime last week my tolerance bucket for cities, people, and civilization in general overflowed. I decided that I was gonna do something challenging I had never done or attempted before. I didn’t know what it was at the time, but soon thereafter I remembered a couple of people had told me about this trail (two trails, in fact) that goes all the way from my doorstep to DC. These are the Great Allegheny Passage (GAP) and the Chesapeake & Ohio Towpath (C&O). I gathered supplies throughout the remainder of the week and stepped out the door with my bike and some stuff. Kiiind of a lot of sh...tuff in hindsight.

I headed to Point State Park... cause let's face it, I like posing as much as the next guy: I wanted my picture in front of the city before I headed out. But also cause I didn’t want to go up Squirrel Hill; I ain’t about that life. As soon as I got to the Point, I caught a couple of cyclists’ attentions. They asked where I was headed and I, proud as I was, didn’t hesitate to enthusiastically get a “DC!” out of my mouth. They insisted I should take a picture here and another one there. “Sure!” I said (mission accomplished + zero effort: 😏). We talked about the trail and their experience, which was good because, as an honorary Memphian, I am rather terrified of positive elevation when it comes to bicycles. They were very encouraging people; made me feel at ease. Anywho, I set out and had a few other encounters with people who asked if DC and wished good luck, particularly worth mentioning was this one guy who was on a casual 20 miler. We did about 7 or 8 miles along the GAP together and talked about his experience as well, which happened to be a trainwreck, the funny kind of trainwreck. Everyone seemed so excited about this trail that it all added to my very own.

About 20 miles into day one, I came across these other two kids, Victor and (I actually can’t remember her name; soory, eh?), who were also doing the thing. There wasn’t much of an interaction, just a “see you there” type thing. Confession time; since I broke my scaphoid back in May I had done but a couple of long rides, so I was pretty much pulling this trip off without any conditioning. My butt was sore, my legs were stiff, and my knees were giving up, but I made it to the campsite. Interestingly enough, these two kids were there. I set up my tent and went to sleep immediately, as I was just wore slap out. No food or nothing, which unfortunately turned out to be a trend I should have avoided. You live and you learn.

I did talk to them the next morning though. They were crazy enough to try to attempt a century… I headed out with barely any breakfast in and did my 20 miles to Connellsville. My legs felt weak, but once I got lunch I did the remaining 30 miles to Confluence with almost no problem. Almost because the grade was getting larger as I rode up the Yough. Rode through Ohiopyle, which is one of the most beautiful state parks I’ve ever been to. There are tons and tons of waterfalls (yes, sis, they are waterfalls too 😡), which are one of my favorite things in the whole wide world. I would have liked to stop in town, but it was getting late and dark. Turned out I had to ride in the dark for about an hour before I got to Confluence. Got a beer in one of the bars (the only thing that was still open, closing at 9) and set up camp.

The third day broke me. It rained pretty much all day. I left late because of it, among other reasons. I don’t know what it is about crushed limestone, but I could swear it turns non-Newtonian when it gets wet. Add that to the fact that the grade was really getting steep for my standards, and that 6 hours later was dark, and there you go. I was soaked, cold, totally sapped out of energy, and still 10 miles away from my target. I was pushing my bike up to Big Savage when my host (I figured I’d want to take a shower after this day, so I booked an Airbnb in Frostburg, MD), concerned, messaged me to ask where I was. I explained the situation and told her that it’d be a while before I could get there. She offered to come pick my sorry ass up at the eastern continental divide and I accepted. This is a good thing, because shortly thereafter I learned Big Savage was closed for the winter and would have had to ride the rollercoaster to get past the ridge. Yea, PA kinda sucks like that sometimes. We talked for a bit and dropped me at the house. I took a really hot shower and went to bed immediately. Again, no dinner. Day 3 was a bad day, but it was exactly what I needed. I know it sounds weird, but a big part of this trip was to put myself through hell and overcome it, to be able to see the light at the end of the metaphorical tunnel, to learn to keep positive.

The fourth day was pretty much uneventful. Again, I left Frostburg pretty late, but the ride to Cumberland was the most enjoyable thing in the universe at the time. An actual constant downhill through Appalachian Maryland, nice weather, a finale in a good looking town. After the third day I was totally stoked. I came to find out two things though. 1) What I think of bumpy is not bumpy enough for the people who turned the C&O towpath into a trail, and 2) the C&O isn't really downhill. It's just about as flat as it can get with 10 to 15 feet drops in elevation where the locks are. That broke my hope for a pretty much downhill ride to DC, but that's okay. It's just as enjoyable. Oh! I realized I had left my tent's transversal beam in Confluence...

Enter what's possibly the most isolated part of the trail. There is almost nothing in Appalachian Maryland. The remnants of what old canal towns used to be, for the most... 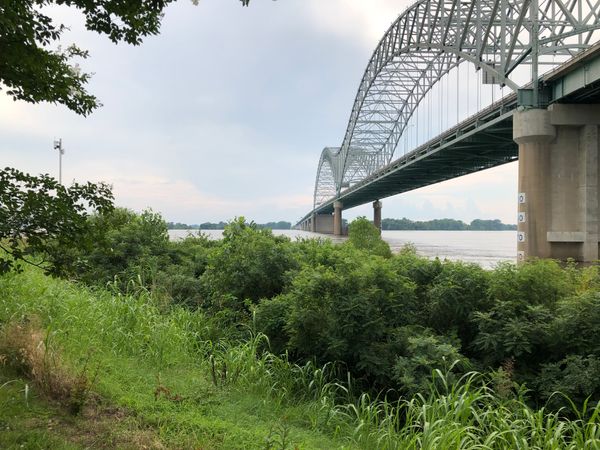 This is gonna be a short one. I've been thinking about this for a bit now. So here it is; my very own blog! 🎉 The idea is to write about...