I am of the opinion that it's largely unreasonable to invent time travel before figuring out teleportation, faster-than-light travel, or other related sci-fi systems. Hear me out for a minute or two. Though sources vary, I haven't found a single one, reputable or otherwise, that didn't estimate the absolute speed of our beloved planet through space at less than 350 kps, or 220 miles a second. A time traveler who wanted to travel a single second into the past would find himself 350 kilometers away from (or into, should incompetence be at all involved in the process) the planet. If we were to believe the law of conservation of momentum to be true, we'd have to put a lot of Joules very fast into getting this poor soul back into the surface of the planet, preferably in a safe manner. By the time we managed to get the chrononaut back, if they hadn't asphyxiated in the vacuum of space, that is, we would've all but lost the time we had hoped to travel. Extrapolate to any useful amount of time travel and you could now find yourself at the edge of the solar system or beyond with nowhere really useful to go.

I have to confess, halfway through writing this article I had a moment of weakness. I thought that maybe all wasn't lost and there were perhaps still applications for time travel, even before teleporters and FTL drives. You see, the figure I quoted earlier, 350 kilometers, rang rather familiar; it's not much further to the International Space Station. So I thought to myself that maybe, just maybe, one could time travel a second and some extra copper into the future to find themselves within the safety of the ISS. Except they'd get immediately pancaked on the back end of the station. So now you need either inertial dampeners to accelerate our chrononaut really really fast or a long long vacuum tube in which to accelerate him with magnets to the 27,580 kph at which the station travels at a tolerable G.

I have another confession to make. This post was just an excuse to post that photo I took about a month ago in what I want to keep as an undisclosed location in the Black Hills of South Dakota. A heartbeat of sorts. I'm still alive, just kind of busy 🙂. 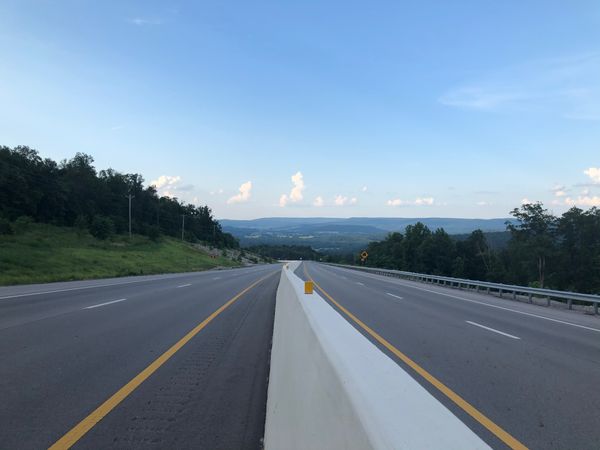 Someone asked for my opinion on purchasing carbon offsets to account for travel mileage recently. This topic is interesting to me because there is more than meets the eye; it's...